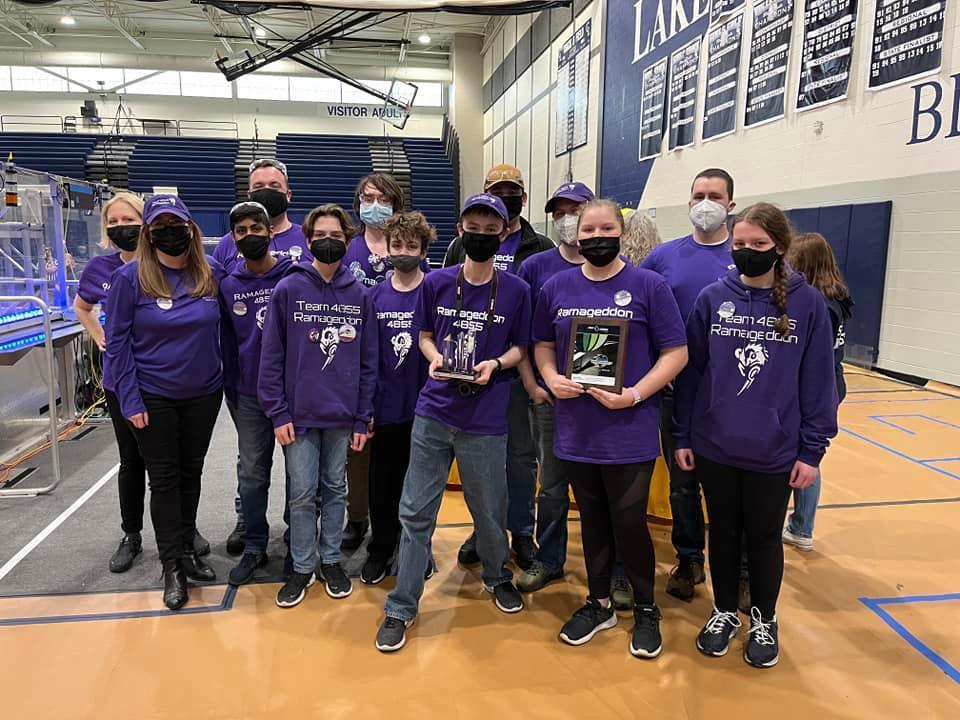 The South Haven High School Robotics Team, Ramageddon, competed at the Gull Lake District Competition on Friday, March 11th and Saturday, March 12th. The team and their robot, “Lexi”, performed well and they ended the qualification matches with six wins and six losses. The team moved on to the playoffs, making it through to the quarter-finals.

Out of 464 teams in Michigan, Ramageddon is currently ranked as 163rd. The team hopes to rise in the rankings after they compete at the Muskegon District Competition on Friday, March 18th and Saturday, March 19th. If the team does well enough at this event, they could qualify for the Michigan State Championship. The Muskegon competition will be held at Orchard View High School in Muskegon, and the team would love to see you in the stands. If you cannot attend, you can stream the matches at https://www.thebluealliance.com/event/2022mimus.

Ramageddon's next district competition following Muskegon will be at East Kentwood High School on April 1st and 2nd.